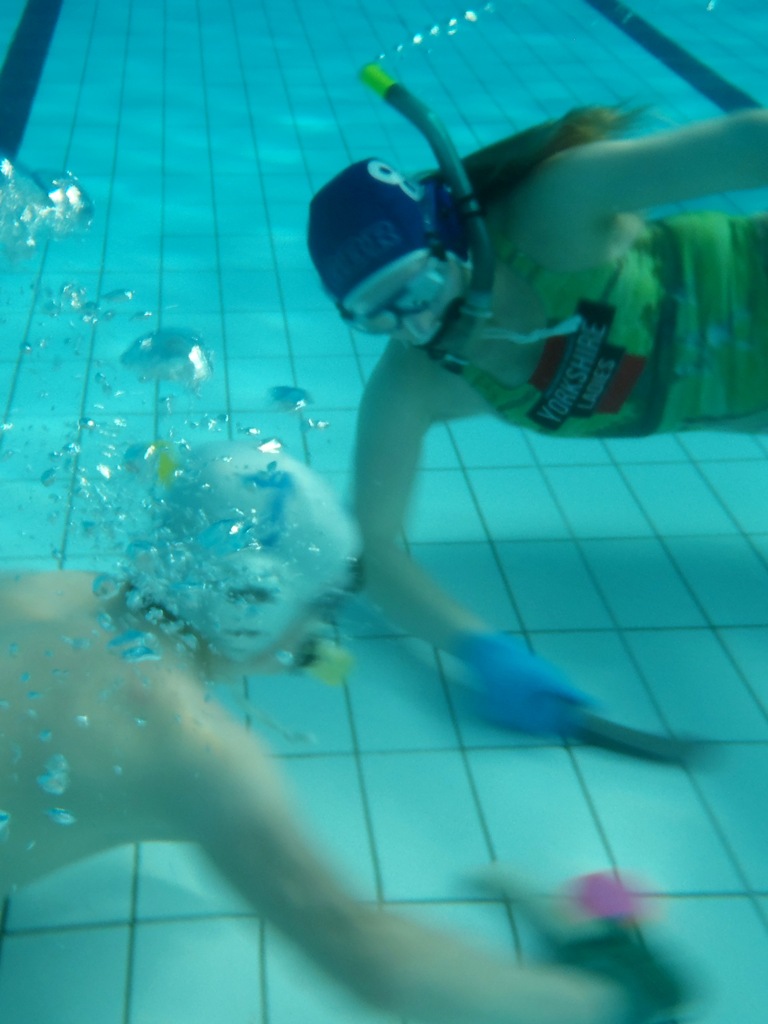 One girl says, “The lads have no advantage in this sport”

Summarising the comments gleaned during the week, having asked many of the girls why they play Underwater Hockey, Phil Lawrence, Xarifa UWH Club Secretary & Coach, said “They play for many reasons.”

Without doubt FUN is the most often quoted reason for playing.  When asked, many of the girls also referred to the excitement and freedom of playing underwater and really enjoy using their skills.  Bored of swimming lengths and being tied to the surface, they appreciate doing something which is never boring.

Generally they agree it’s fair mixing the sexes. Honor believes “it would be unfair if we didn’t play amongst the lads”. Lauren agrees, “They have no advantage in this sport”.  However Abbie thinks it can sometimes be unfair, but much better training for her as a GB Under-19’s player, she appreciates the game more when she plays against girls.  Megan stated, “We play as a team regardless of gender and this makes it equal”.

Camaraderie is also high on the list, most of the players have many friends through the club.  It has been a way to meet new people, everyone likes being with people with similar interests, and they have made lots of good friends.

swimming, but need it to be more competitive and exciting. Many of them refer to the satisfaction they get out of playing a fast-paced game.  They enjoy pushing themselves to do better and keeping fit and healthy.

Many referred to the aerobic exercise they get from the quick pace of the game and how they get all kinds of muscles worked from the moving, twisting and turning underwater.

However it is the teamwork needed to play that is rated highest amongst the girls, this is the most significant characteristic needed.  They find it satisfying get to know where each other should be to make a success of the game and like developing this rapport.  Getting support from team-mates without having to say anything can be very rewarding.  They believe they can be a valued part of a team despite being sometimes physically not as fast or strong as the fellas.  The fact that it’s played underwater means you need to understand where to be and what to do all the time.

They appreciate that it’s unusual but a great sport, the style of playing is much more focused on teamwork and skills than individual power, as Hope explains, “It lets you show your real strengths”.  They like to play smarter and appreciate the winning even more.

Underwater hockey makes learning to swim worthwhile.  Phil continued, “We arrange free trials for people all the time.  This week we had 5 potential new players…….. 3 of them were girls!” #‎wsw2015 #‎uwh 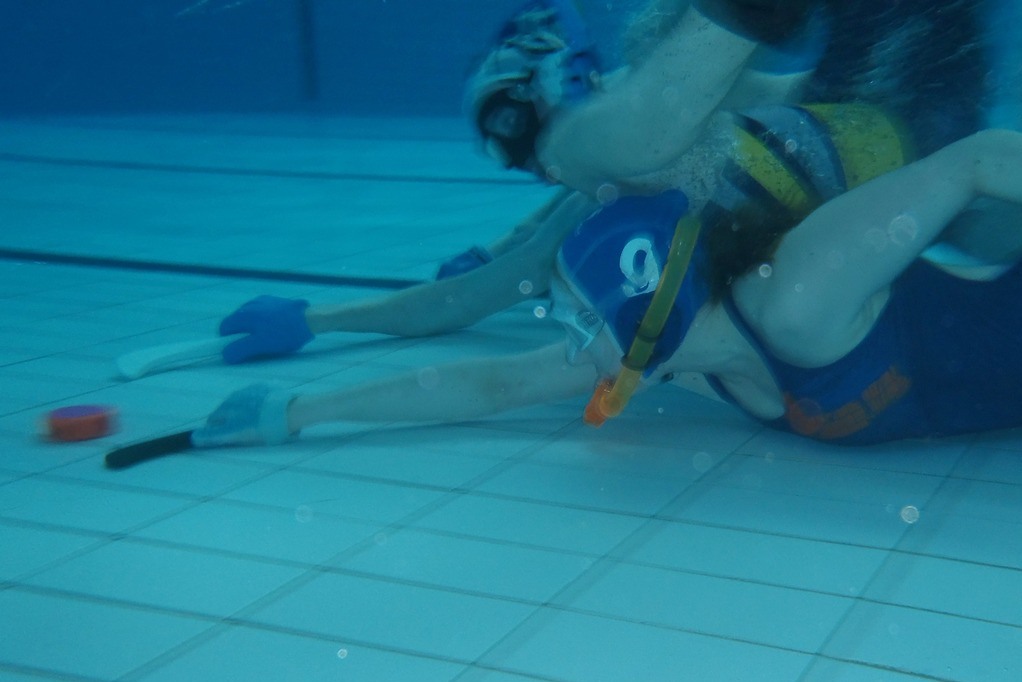