Grace, Alison, Rebecca, Harry, Zach, Ethan, Joel, and Tiegan played in this  testing tournament, against opposition from Batley and Xarifa teams who were generally larger and more experienced. The results were disappointing, but it was a good team-building exercise, learning  some good technical and positional playing skills
Results:

Rochdale Mantas u14 team took 3rd place in the Nationals.

In addition, Rochdale players David Grant and Alison Greaves played for the Xarifa under 16 team, with Jacob Redmond and Isaac Rhodes-Dawson (both playing in their first tournament), joining the Xarifa u12 development team

Junior members Alison Greaves and Grace Morris played for Rochdale senior team in the first game against Liverpool Uni team at this Tournament held at Manchester Aquatics, winning their game. 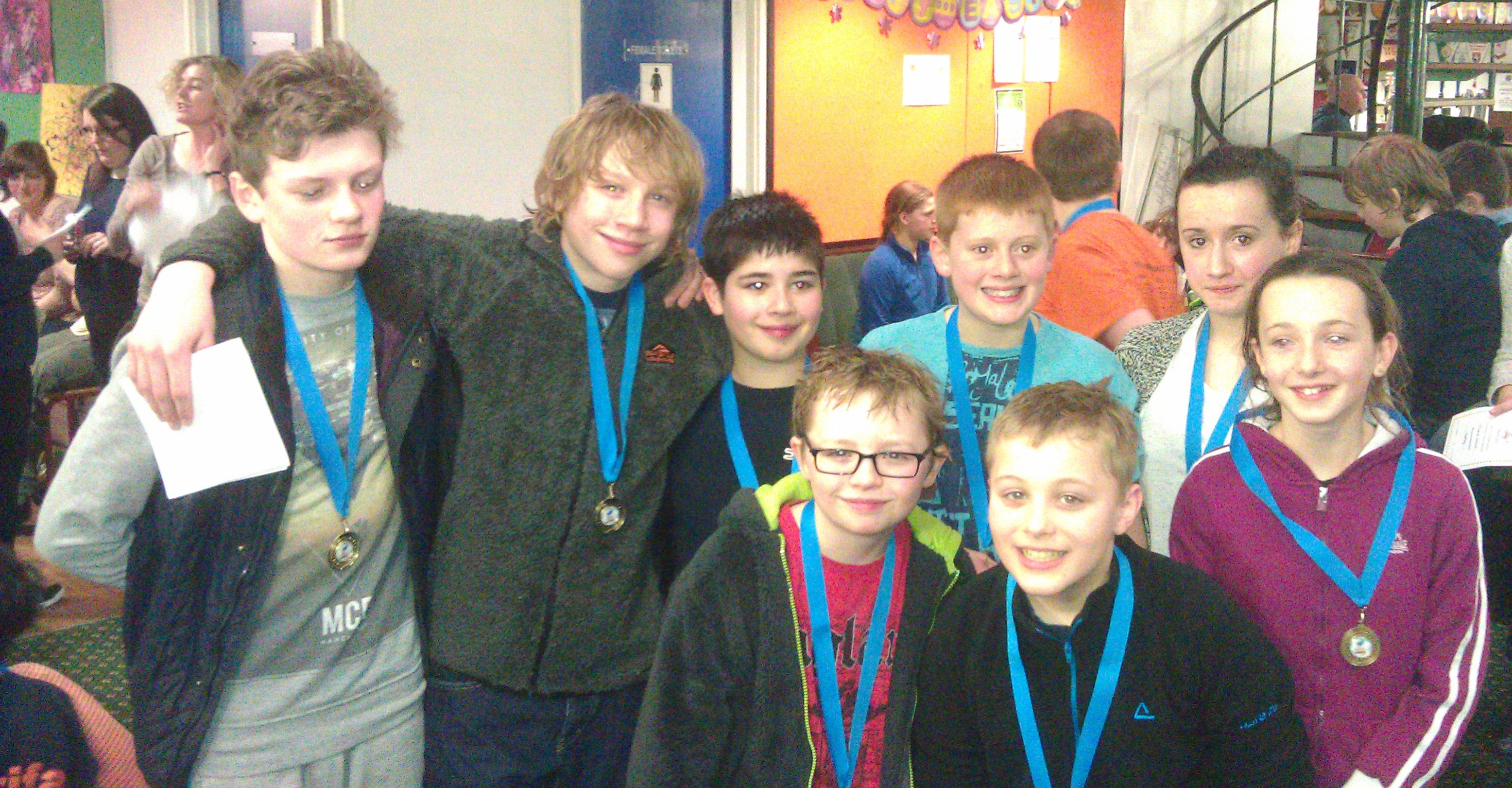 Monday 18th February - This was half term for most schools. Juniors aged 12 or over, were invited down to the seniors session on Monday 18th February,   at Manchester Aquatics Centre on Oxford Road, Manchester. Julian Capper, Kal Torson, Matthew Rogan and Teagan Alexander all took the opportunity to get some high level coaching and game experience.