Octopush is underwater hockey and is a supreme aerobic game. It was invented in the early 1950s by sub-aqua divers in Southsea who got bored just 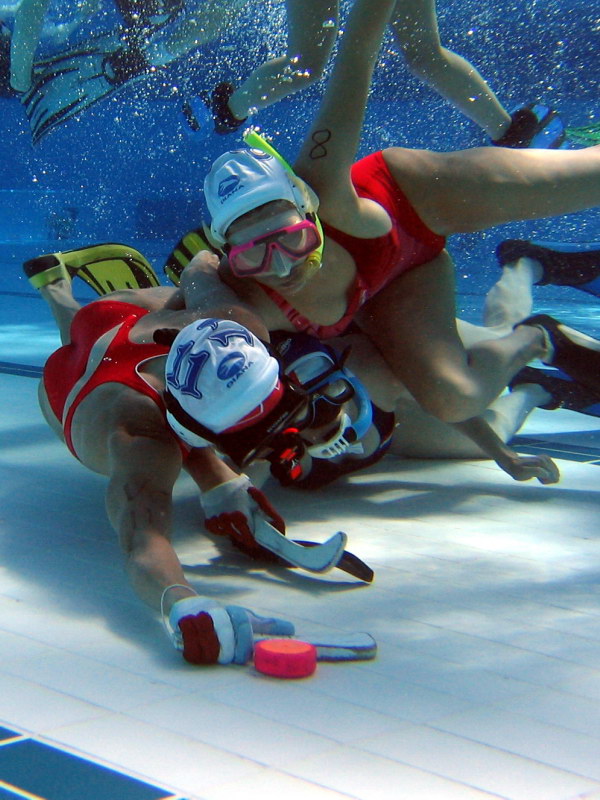 swimming up and down pool lanes to get fit. The game is now played worldwide. Underwater hockey is fast, furious, and fun ... and you can join in.

How do you play?

Players wear the basic equipment of a mask, snorkel, fins, and water polo hat. They hold a small stick, about the size of a spatula, in a gloved hand. The idea of the game is to use the stick to push the 1.2 kilogramme puck into the opposing team's goal, which consists of a three metre tray at the opposing end of a 25 metre pool.

Why is it the supreme aerobic game?

All other sports allow the participants to breathe as they play. But in underwater hockey, players breathe through their snorkels on the top of the water before diving down to do battle with their opponents. Some players can stay down for a long time indeed, but the real skill of the game is judging when to dive. It can take just a few seconds to tackle an opponent and pass the puck to a colleague, and then return to the surface for a well-earned breath!

How many play? There are 10 people in a team, but only six are allowed in the water at one time. This results in fast substitutions which resemble tag wrestling. The idea is to work quickly, and then get out to recover. This increases the speed and exhilaration of the game. 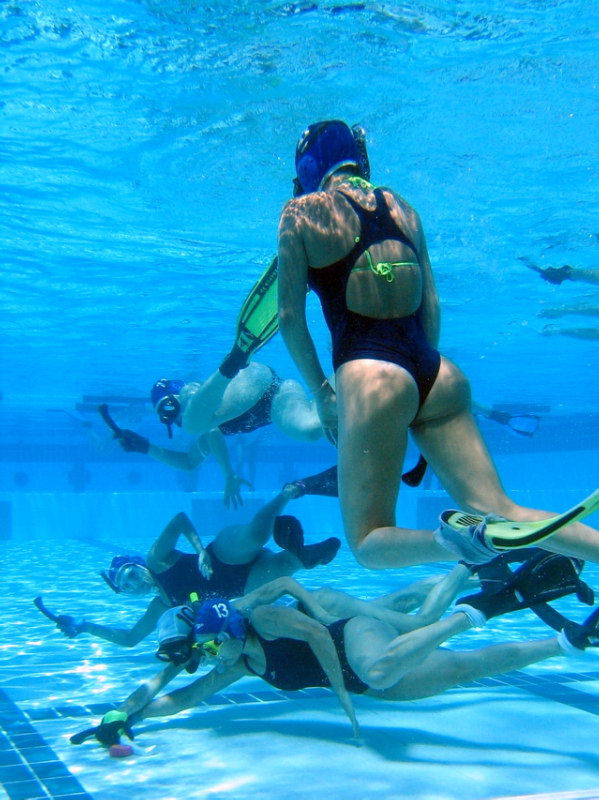 Who can play underwater hockey?

Just about anyone who can swim. It is easy to learn to use a mask and snorkel. This is a stark contrast to sub-aqua diving, which can take many months to master.

Why should I learn?

Many doctors agree that swimming is an excellent past-time. The problem is that lane swimming is terminally boring. Underwater hockey, however, keeps your mind alert - and your body fit! Many tall people find that underwater hockey is the best way of avoiding back problems.

If you want to find a club near you that plays Octopush, then use the Find a Club option at the top of the web site to locate and contact someone from a club near you.

Thanks to those who contributed and starred in the images on the site, including: